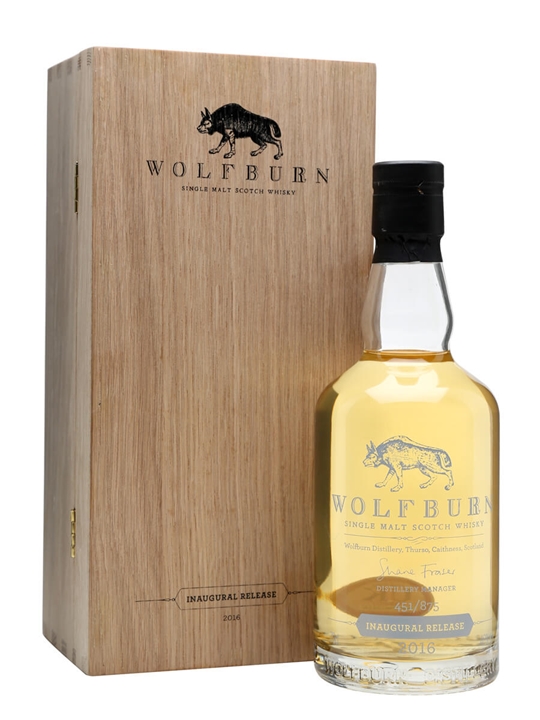 70cl / 46% / Distillery Bottling - The first release from the northernmost distillery on mainland Scotland, which began distilling on 25 January 2013 – having constructed new premises on the site of the old Wolfburn distillery in Thurso, Caithness, just a few months before. This inaugural release, of which just 875 bottles were available, is a three-year-old single malt aged in both bourbon and sherry. It features floral, fruit and malt aromas with a hint of peat, followed by sweet, nutty flavours and a smoky finish.