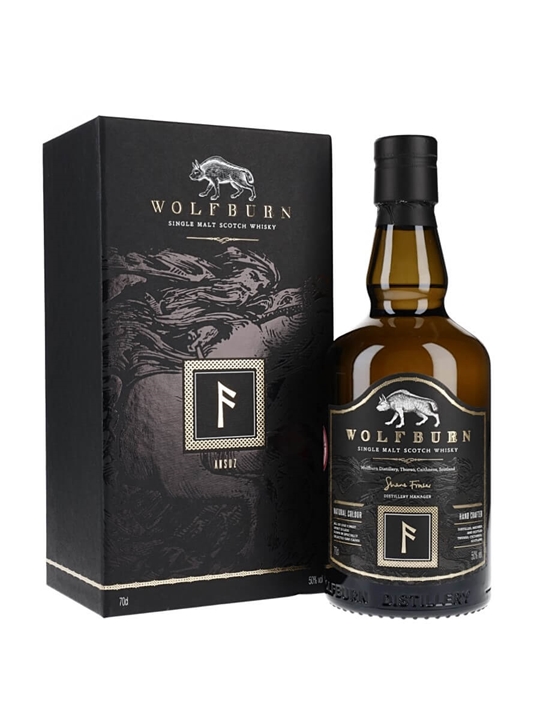 70cl / 50% / Distillery Bottling - The fourth release in Wolfburn's Kylver series features the runic symbol Ansuz, which roughly translates as 'gods'. This is one of the runic symbol found on the Kylver stone which the series is named after. The first peated whisky in the series, it has been matured in a combination of first-fill bourbon barrels and second-fill quarter casks, the result is a smoky, smooth single malt with aromas of chocolate, green apple, freshly-cut grass and floral peat smoke on the nose. The palate offers note