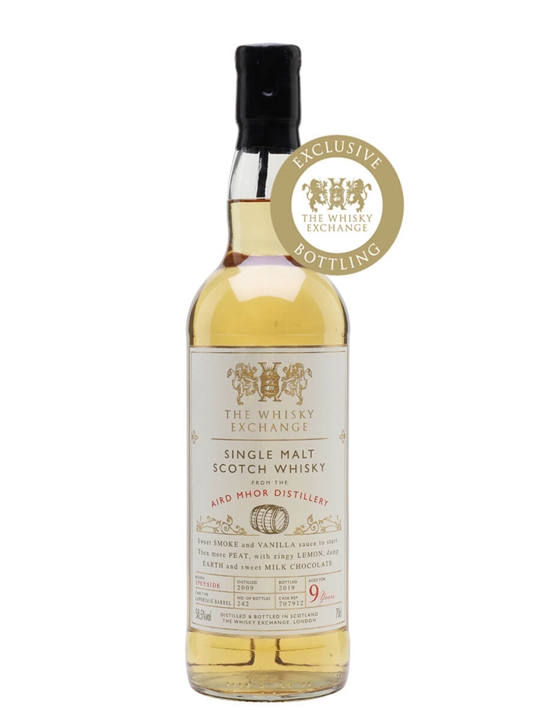 70cl / 58.5% / Distillery Bottling - While you wouldn't necessarily expect one of Scotland's favourite smoky drams to come from the Highlands, Ardmore has been distilling peaty spirit for years and has been quietly sneaking up the leaderboard. This Aird Mhor bottling is not only a peaty dram itself, but was matured for 9 years in a cask that used to hold Laphroaig. The result is a whisky that marries together Ardmore's heathery smoke with a touch of the Islay stalwart's medicinal and fruity character. Flowers, fruit, smoke – it's g