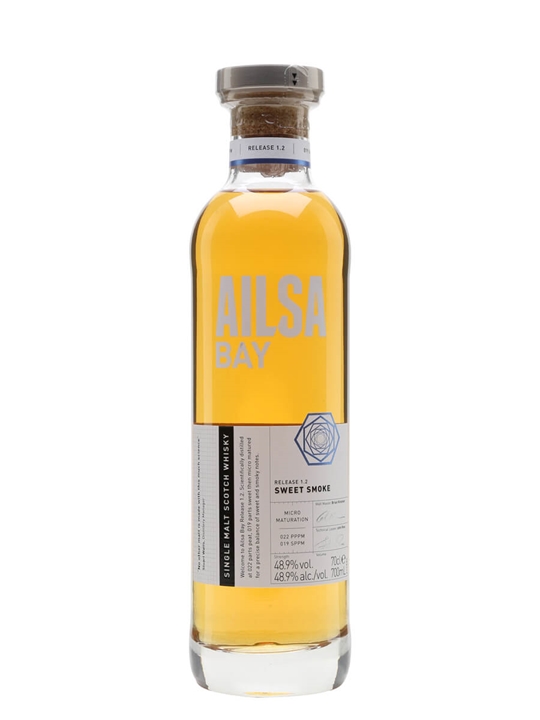 70cl / 48.9% / Distillery Bottling - The second iteration of Ailsa Bay single malt, replacing the version released in 2016, is both peatier and sweeter than its predecessor. It has, however, also gone through the same micro-maturation process that sees the spirit first filled into smaller-than-average bourbon casks for six to nine months, a process which accelerates maturation before it is then transferred into more traditional casks for several years.